This past weekend I went to ETH Denver to participate in the hackathon. Over the next several days I’ll have more detailed posts about some of the topics, but I wanted to put together a high level post to tie it together.

OpenRelay was featured in the 0x Team’s presentation about automated trading. We were also referenced by a couple of the Hackathon teams who were building against 0x. We’re seeing a modicum more traffic against the OpenRelay API, and are excited to see people talking about our work. I was also excited to meet a surprising number of people who were already aware of OpenRelay, and even a few who were already working with it.

I participated on a hackathon team working on a project called KeySplit. I’d never met anyone else on the team until I got to Denver, but I was connected to Juwon through mutual friends at RadarRelay, and decided to help out with the project. The goal of KeySplit is to help people protect their keys by splitting their seed phrase up across several trusted friends and family members. I’ll do a more comprehensive post with a technical dive into how KeySplit works in a future post, but for now I’m excited to report that we won one of the top 7 hackathon prizes, as well as the Toshi vendor prize for best mobile DApp.

Here’s a picture of me on stage presenting about KeySplit: 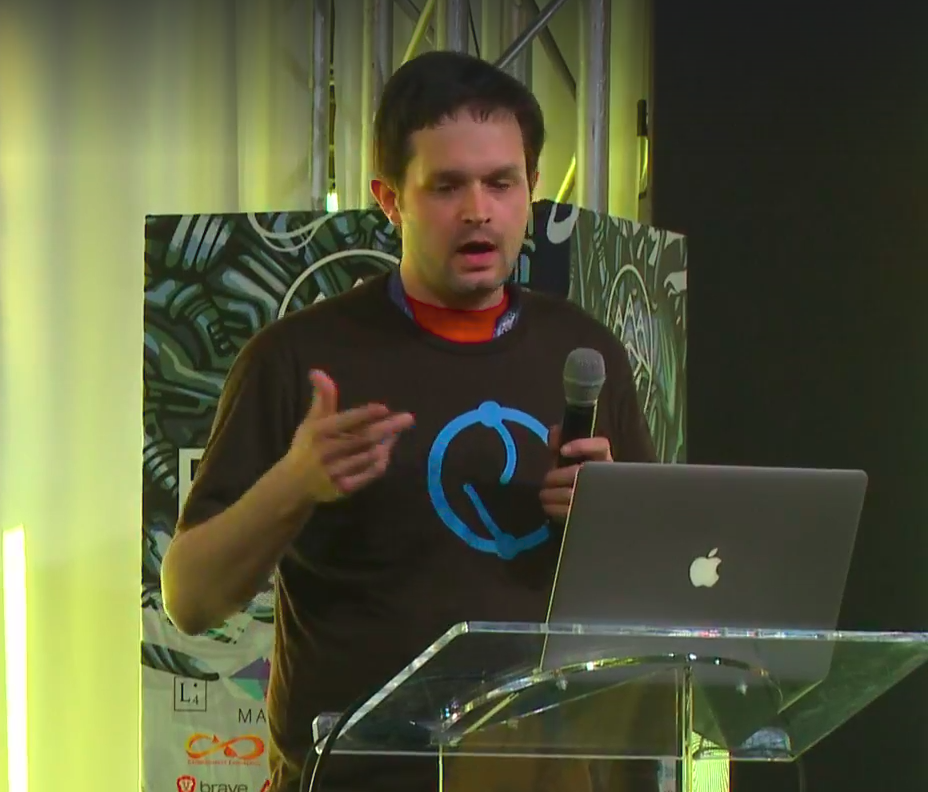 (If you’re interested in the shirt, you can order one here)

KeySplit is available for viewing on Github. The incomplete demo is up on keysplit.io. The hackathon team plans to finish up the application over the next couple of months to see through our contribution to the community.

One of the cool projects I learned a lot about while at ETH Denver was the Brave Browser. Brave does a good job of blocking advertising and tracking (though so far it doesn’t block our web3 analytics tools). It also gives publishers a way to monitize their content without tracking or ads. Instead, it pays publishers using the Basic Attention Token. blog.openrelay.xyz is now a registered Brave Publisher, and we plan to use the proceeds to help fund further development on the project. If you want to check out Brave, you can do so and support OpenRelay development at the same time by using our affiliate link.

Another neat project was Gitcoin, which allows users to set bounties for Github issues in ETH and a wide range of ERC20 tokens. We’re exploring how we might use Gitcoin to help bring more community contributions to OpenRelay.

I also got the opportunity to meet with other members of the 0x Community. OpenRelay and RadarRelay have been cooperating on a few things for a while now. We’re also in discussions with ERC DEX about the possibility of sharing liquidity by sharing orders from eachothers’ orderbooks. We also talked to the 0x project team about how pieces of OpenRelay might be able to help people connect to 0x from a wider variety of languages.

Over the next couple of weeks I’m planning a few more blog posts than usual. Topics will include: